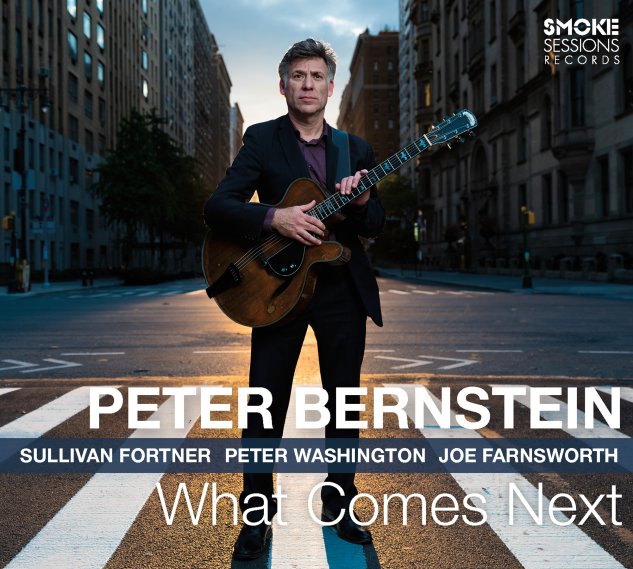 Guitarist Peter Bernstein is standing on an empty New York street on the cover – a good indication of the June 2020 date on which the material was recorded – a moment that also seems to come through in the music as well! Bernstein's still got all those wonderful colors we love in his work on guitar, but there's also maybe some deeper feelings that come through too – perhaps out of speculation from the months spent sheltering in place before Peter journeyed to the studio to cut this set – working with a strong quartet that features Sullivan Fortner on piano, Peter Washington on bass, and Joe Farnsworth on drums. Farnsworth is nicely restrained at times – very much letting Washington shape the tunes alongside Bernstein's strings – and titles include the originals "Blood Wolf Moon Blues", "Simple As That", "What Comes Next", "Empty Streets", and "Harbor No Illusions" – plus a nice take on "Con Alma".  © 1996-2022, Dusty Groove, Inc.

City Of Sounds
Smoke Sessions, 2021. New Copy
CD...$9.99 17.99
A rock-solid trio set from the great drummer Joe Farnsworth – one that draws every bit as much of its strength from the piano of Kenny Barron and bass of Peter Washington – both players who work together with Joe on a set of tunes that feel effortless, but which are filled with complex ... CD