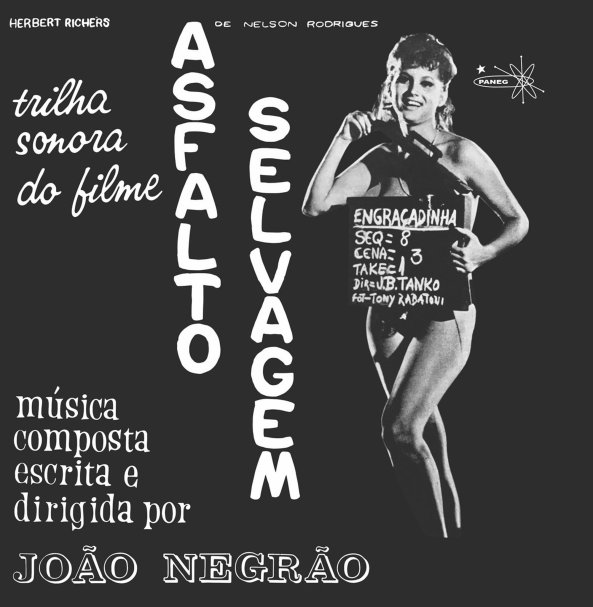 A rare little bossa jazz album from the early 60s Brazilian scene – one that's also a soundtrack too, which gives it a different feel than most other records of its type! The music is a mix of jazz and occasional larger orchestrations – in the best tradition of the late 50s French new wave scores, or some of the jazzier work from the early 60s Italian scene – music that you might hear from the pen of a young Piero Piccioni or Georges Delerue, but given a bossa nova twist too! Many tunes have some samba instrumentation at the core, but more jazz-based instrumentation on the top – and titles include "Assanhadinha", "Asfalto Selvagem", "Suicido", "Engracadinha", "Leticia", "Meu Rio Maravilhoso", and "Um Olhar Assim".  © 1996-2021, Dusty Groove, Inc.