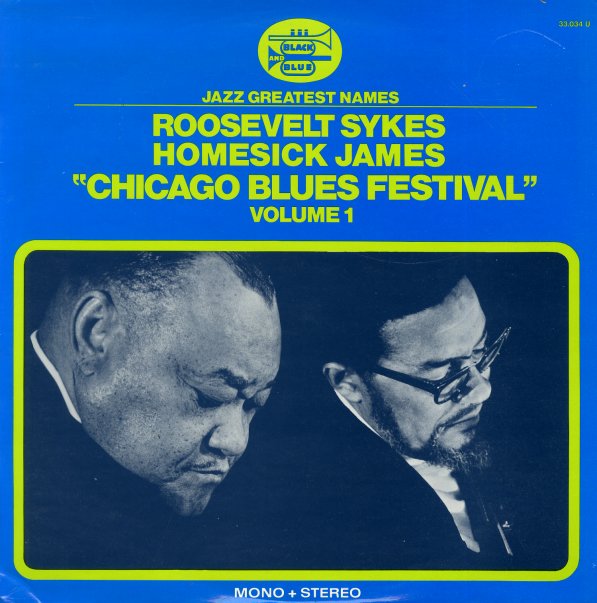 A set that was actually recorded in France, many years before the start of the Chicago Blues Festival – but with a great Windy City group that includes Eddie Taylor and Louis Myers on guitars, David Myers on bass, and Fred Bellow on drums – all of whom ensure that there's a great Chicago electric vibe all the way through! Both Roosevelt Sykes and Homesick James provide vocals – and Sykes is on piano, James on guitar – moving through material that might sound a bit more traditional in another setting, but which really comes off well here in the company of the Chicagoans. Titles include "Domestic Nurse Blues", "Put Up Or Shut Up", "That's All Right For You", "Shake Your Money Maker", "Homesick's Rock", and "I've Got To Move". CD features 8 more bonus tracks!  © 1996-2021, Dusty Groove, Inc.
(Part of the "True Blue Masters – Black & Blue" series!)