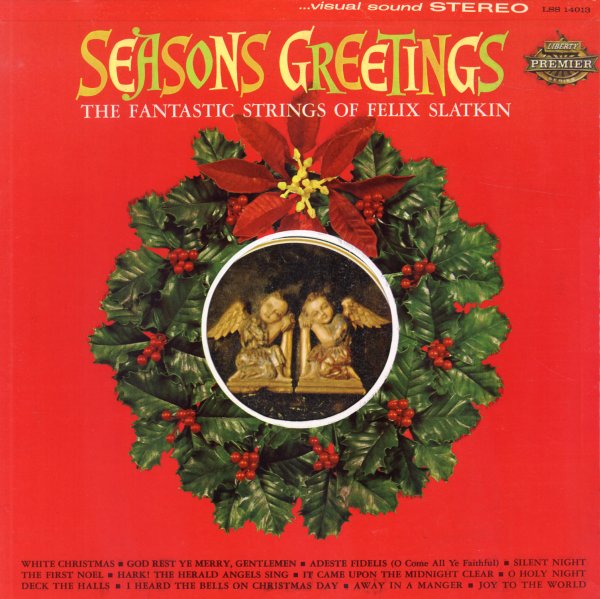 A rare holiday album from string maestro Felix Slatkin – one of the more dynamic orchestra leaders to record for Liberty Records during the glory days of bachelor pad music! Felix is usually in a style that's got more zing in the strings – but here, he steps things down a bit for a set of Holiday goodies – turning his orchestra arrangements to Christmas tunes, with a slight flair from time to time that keeps the record from sounding as sleepy as it might if it were on a label like Columbia or Decca. Titles include "Deck The Halls", "White Christmas", "Adeste Fideles", "O Holy Night", "Joy To The World", and "Away In A Manger".  © 1996-2021, Dusty Groove, Inc.