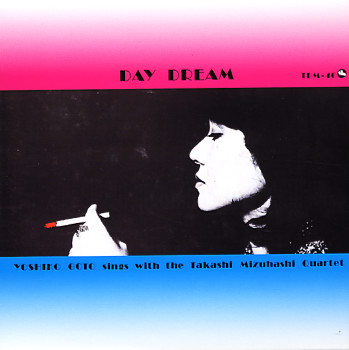 A very dark set of vocals from Japanese singer Yoshiko Goto – quite different than most of the more standard jazz sessions of the 70s, and one that's recorded with a great sense of space and presence! Many of the numbers here follow the Three Blind Mice mode of instrumentation – using the elements sparingly and often in groupings that are less traditional than usual. Although the group here features alto sax, piano, bass, and drums – they don't always move together at once, leaving lots of space for Yoshiko's vocals to slide out with a moody and sad-tinged feel. Titles include "Angel Eyes", "I Got It Bad", "Jesse", "Everytime We Say Goodbye", and "Day Dream".  © 1996-2021, Dusty Groove, Inc.
(Part of the Three Blind Mice Supreme Collection!)