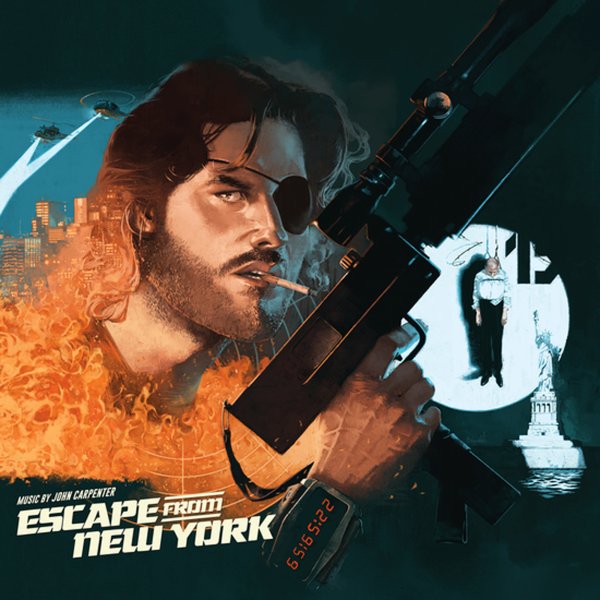 A seminal soundtrack from the legendary John Carpenter – one of those key records that showed the world that he was as great of a composer as he was a director! The album's a Carpenter-esque masterpiece – lots of cool, spare electronics – used in ways that make the whole movie a whole lot scarier than even the images on the screen – a quality you'll definitely appreciate here as you listen to the album on its own! Some of the best sounds are the most subtle – spare use of basslines and keyboards that almost make you feel as if Moebius and Rodelius have gone over to the dark side – and these are mixed with just a few more "action" based moments. Titles include "Up The Wall/Air Force 1", "Everyone's Coming To New York", "The Duke Arrives/The Barricade", "Back To The Pod/The Crazies Come Out", "Police State/Romero & The President", and "Chase Across The 69th Street Bridge".  © 1996-2021, Dusty Groove, Inc.
(180 gram "Statue Of Liberty" blue-green marble colored vinyl – in a tip-on sleeve, and featuring a 12" booklet with unleased photos.)