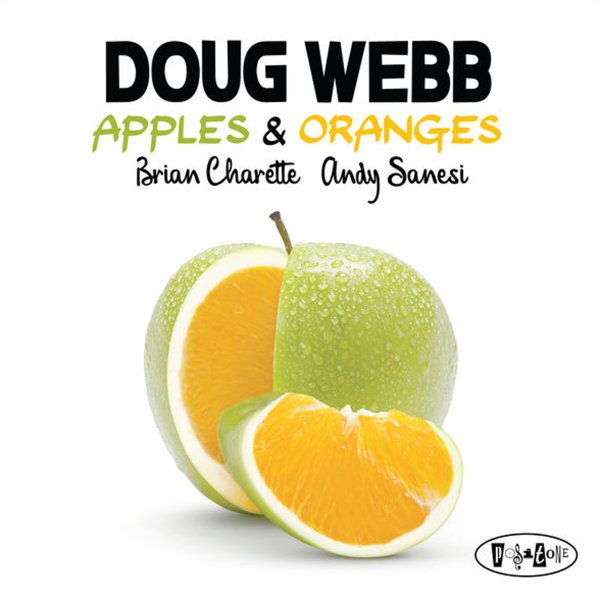 Forget the cover, which is maybe a bit too sweet for our taste – and instead imagine some sort of vintage Prestige Records soul jazz image on the front – because the set's a tremendous batch of tenor and organ numbers throughout! Tenorist Doug Webb has recorded with Hammond organ before, but there's definitely something about this record that's a real cut above – maybe the way the group is balanced, as it's just a trio with Brian Charette on organ and Andy Sanesi on drums – a lineup that's fluid, very open, and which draws as much from Charette's work on the bass pedals as it does on the keys – beautifully balanced with this really strong current of soul! Webb's sense of imagination and expression are set more free here than ever before – stretching out on these original tracks that allow all players to really be their best – titles that include "Coruba", "Alexico", "Monkey Face", "Forethought", "For Steve", and "Apples & Oranges" – plus nice versions of "Estate" and "How Can I Be Sure".  © 1996-2022, Dusty Groove, Inc.