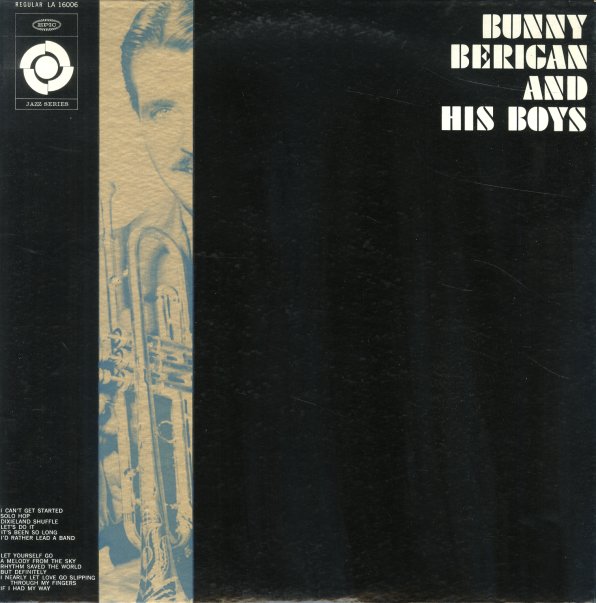 Classic 30s work from trumpeter Bunny Berigan – served up here in a great LP package that showcases his talents on the horn! There's a warmth and raspy charm to these sides that instantly shows why Berigan was a standout player at the time – an artist who could hit the hard notes with the frenzy of any of his competitors, but also an entertainer who was willing to step back and personalize (and vocalize) things when needed. Players on the tunes include many who would go onto lead their own groups – Artie Shaw, Jack Teagarden, Claude Thornhill, and others – and titles include "I Can't Get Started With You", "Solo Hop", "Dixieland Shuffle", "It's Been So Long", "Let Yourself Go", "If I Had My Way", "I'd Rather Lead A Band", and "A Melody From The Sky".  © 1996-2022, Dusty Groove, Inc.
(Cover has light surface wear & aging.)

Dr Dolittle Loves Jazz
Epic, Mid 60s. Very Good+
LP...$22.99
As the title implies, the album's a set of jazz tracks based around the score for the film Doctor Doolittle – basically all the nice music written for the movie by Leslie Bricusse, without any of the silly lyrics by Anthony Newley! The group features Gordon Beck on acoustic piano, with ... LP, Vinyl record album

Pony's Express
Epic, 1963. Near Mint-
LP...$33.99
One of the few albums ever cut as a leader by the mighty Pony Poindexter – a great reedman who made great waves on both sides of the Atlantic in the 50s and 60s! Pony first rose to fame in the band of Count Basie, but he's also got a pedigree that includes work in both New Orleans and San ... LP, Vinyl record album

Act Of Jazz
Epic, Early 60s. Very Good
LP...$4.99
A pretty weird little record – one that features writer/pianist John Mehegan telling about "the act of jazz", the moment of jazz creation, it's idea, soul, inspiration, and just about every other aspect. Mehegan plays piano with a trio that features Dave Bailey on drums and Ernie ... LP, Vinyl record album

Phil Talks With Quill
Epic, 1957. Near Mint-
LP...$24.99
Rare as hens' teeth – and an incredible meeting of two vastly underrated alto talents! Phil Woods got plenty of opportunities to record as a leader in the 50s, but altoist Gene Quill was often buried in bigger groups – a fact that makes this album one of the few chances to really hear ... LP, Vinyl record album