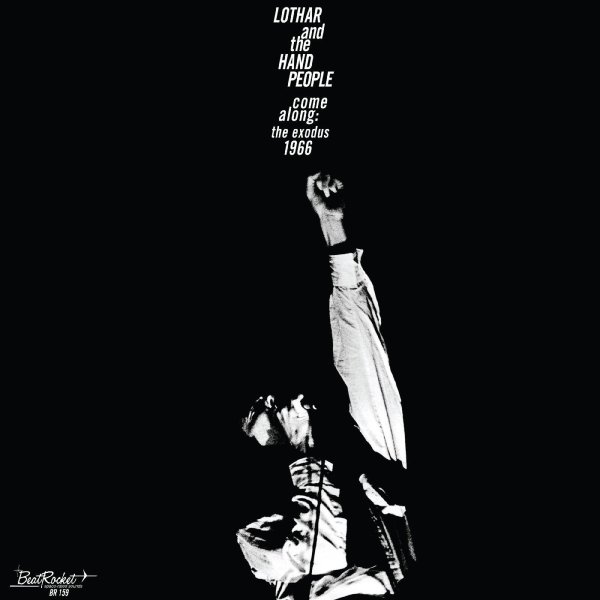 Lothar & The Hand People gave the world one of the greatest psych albums ever issued by Capitol Records – but this set of earlier recordings shows the group in a very different light – raw, noisy, and very garagey – much more in the territory of The Seeds or The Sonics! The recording is live, but feels more like it was captured in a small basement room than a larger rock club – as there's a very forward sound to the whole thing, as if the group were trying to rip the performance space out of its foundations, while they work their own rough-edged magic on tunes that are familiar, but which sound very different in this setting – a perfect illustration of the genius of garage at its best! The guitar lines are wonderful – and titles include "If I Have To Choose", "Walking The Dog", "Baby Please Don't Go", "Come Along", "Who's Been Talking", "Gloria", "That's Another Story", and "Nobody Knows".  © 1996-2022, Dusty Groove, Inc.
(Pressed on white vinyl!)