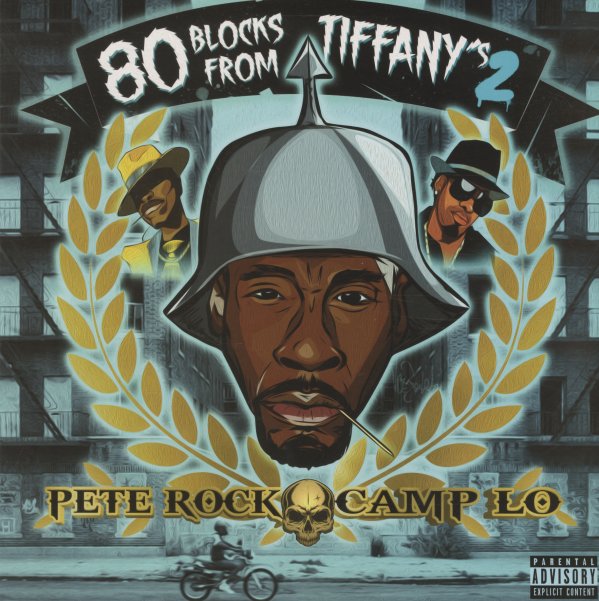 A wonderfully old school set from Pete Rock and Camp Lo – beats by the former, rhymes by the latter – and guest work from a host of talents who include Talib Kweli, Uncle Murda, MOP, Tyler Woods, and Mac Miller! The whole thing's got a great 90s hip hop vibe – Pete Rock very much at the top of that style he helped forge back in the day – and the MCs serving up the sorts of modes we used to love hearing from stations on the left end of the dial, late in the night! Nobody's trying to break any boundaries, but maybe that's what makes the record so great – with titles that include "You Never Seen A City Like This", "Love Traps", "80 Blocks From Tiffany's", "Glitter & Gold", "Dream Journey", "Pot A Butta", "Clean Getaway", and "Ladies & Gentlemen".  © 1996-2021, Dusty Groove, Inc.
(Limited edition vinyl pressing!)