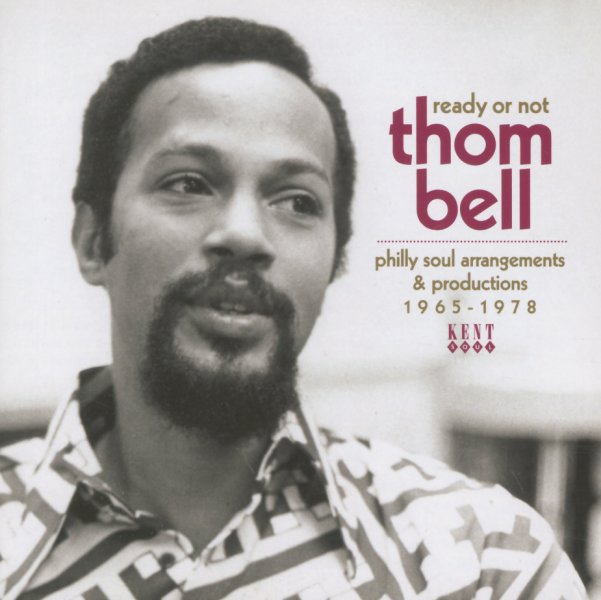 Sublime soul from the great Thom Bell – one of our favorite arranger, producer, songwriters of all time – and a talent who really helped push the Philly soul scene much farther than most during the 70s! Bell was trained as a classical pianist as a kid – which might explain part of his ear for a special sort of tune – but by the time of this work, he was neck-deep in the soul scene – and working with a fantastic track record for bringing the best out of a very wide variety of artists! Bell was especially great with groups – he helped more than a few really stretch out their wings and grow – but as you'll hear here, Thom also handled a fantastic range of music in Philly studios – all with magnificent touches that really set the tunes apart from the rest – French horns, harpsichord, and especially that twangy sitar sound that worked so well with a harmony ballad. The set's got 23 tracks in all, and a massive set of notes on the man and his music – with titles that include "What I See" by Three Degrees, "Here I Go Again" by Archie Bell & The Drells, "You've Been Untrue" by The Delfonics, "Moody Woman" by Jerry Butler, "Something For Nothing" by MFSB, "One Man Band" by Ronnie Dyson, "Close The Door" by Teddy Pendergrass, "Life Is A Song Worth Singing" by Johnny Mathis, "Look The Other Way" by Lesley Gore, "What Kind Of Lady" by Dee Dee Sharp, "It's The Same Old Love" by The Courtship, "Do You Remember Yesterday" by The Intruders, "Track Of The Cat" by Dionne Warwick, and "I Wanna Be A Free Girl" by Dusty Springfield.  © 1996-2022, Dusty Groove, Inc.

Mainstream Modern Soul 2 – 1969 to 1976
Mainstream/Kent (UK), Early 70s. New Copy
CD...$11.99 18.99
Fantastic soul from Mainstream Records – an imprint that's normally best-known for their work in the field of jazz, but a label that also cut some killer soul singles in the early 70s! Mainstream soul artists almost never got a chance to record a full-length album – so over the years, ... CD