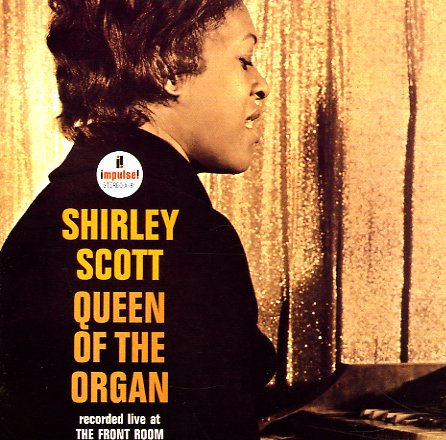 Classic Hammond work from female organ legend Shirley Scott – in her best mode of the 60s! Here's the reasons: 1) The group features husband Stanley Turrentine on tenor, adding in some nice extra tones to Shirley's usual trio! 2 ) The rhythm section is Bob Cranshaw and Otis Finch – surely one of Shirley's best. 3) The set was recorded live, in the Front Froom in Newark, with a real down-home gutbucket approach that's different from some of the other Impulse albums. 4) Tracks are long, with plenty of room for soloing – even more so than some of Shirley's other records of the time. Titles include "That's For Me", "Rapid Shave", and "Squeeze Me". Nuff said!  © 1996-2021, Dusty Groove, Inc.
(Part of the "Impulse – The Masterworks" series! UHQCD pressing.)