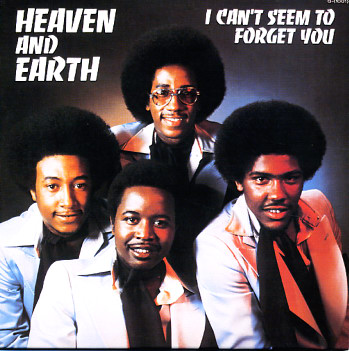 The classic first LP by this stellar Chicago harmony group – and a monster! Heaven & Earth had a wonderful falsetto harmony sound that reminds us a lot of east coast winners like Blue Magic or The Stylistics – and like some of the best east coast groups, this group's vocals work equally well on slow ballads or faster uptempo numbers, both of which are handled extremely well on the record by producer Clarence Johnson. The bulk of the arrangements on the record were done by Tom Tom 84 – one of Chicago's true soul geniuses, and in perfect form on this record. The whole thing's amazingly well put together for an indie soul group album – and is a sure indication of the group's later fame on Mercury. Titles include "Nature's Miracle", "The Message", "I'll Always Love You", "Let Me Back In", and "I Can't Seem To Forget You".  © 1996-2021, Dusty Groove, Inc.