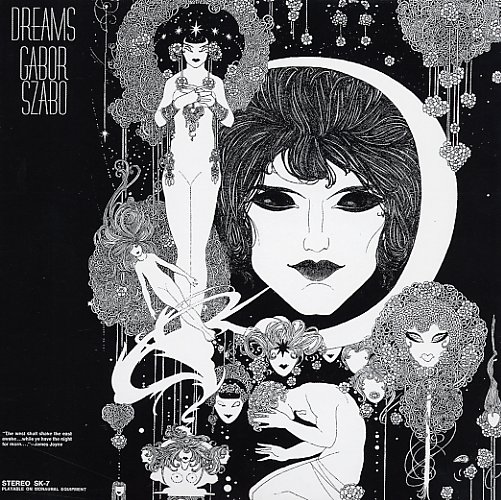 The guitar genius of Gabor Szabo – set to magnificent arrangements by Gary McFarland! The set's one of the most sophisticated albums Szabo ever cut – and has a slow-building style that steps off of his Impulse years with a deeper, broader vision of music. By the time of the set, McFarland himself was hitting a more contemplative style in his own music – and you can hear that shift in this album as well, especially in the moodier, mellower moments. Instrumentation includes violin, cello, and French Horn – all used sparingly to augment Szabo's small combo with piano by McFarland! Titles include lots of originals – "The Fortune Teller", "Half The Day Is Night", "Galatea's Guitar", and "Lady In the Moon". LP features bonus tracks – single edits of "Fire Dance" and "Ferris Wheel".  © 1996-2020, Dusty Groove, Inc.