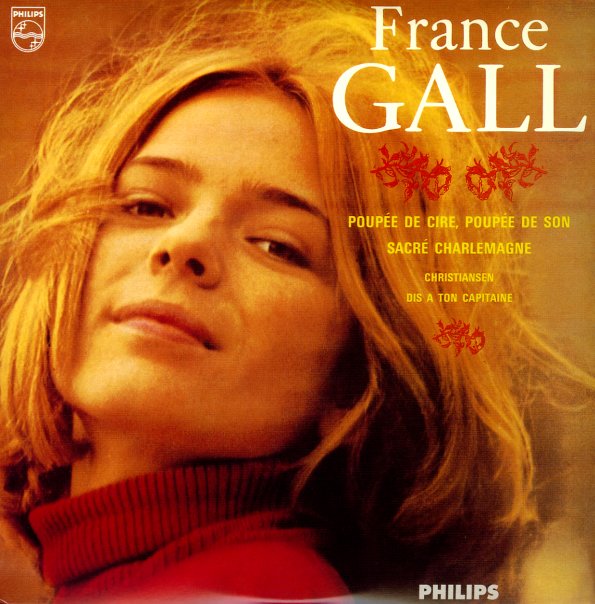 France Gall won the Eurovision song contest with the title track of this one – and for good reason too, given that the tune is totally groovy! The rest of the work here really follows suit – romping, jerking, and grooving in that wonderful mix of mod rhythms that made France's 60s material so great – some of the best of the French pop scene at the time, with a sound that's really a cut above on all the numbers here! Backings are by the mighty Alain Gouraguer, who brings in a hip mix of jazz inflections, rocking rhythms, and some of the more sparkling soundtrack elements bubbling in the French 60s scene – all a perfect accompaniment for Gall's catchy girl pop vocals. Titles include "Poupee De Cire Poupee De Son", written by Serge Gainsbourg – plus "Le Coeur Qui Jazze", "Le Premier Chagrin D'Amour", "On T'Avait Prevenue", "Dis A Ton Capitaine", "Nounours", "Laisse Tomber Les Filles", and "Bonne Nuit".  © 1996-2021, Dusty Groove, Inc.