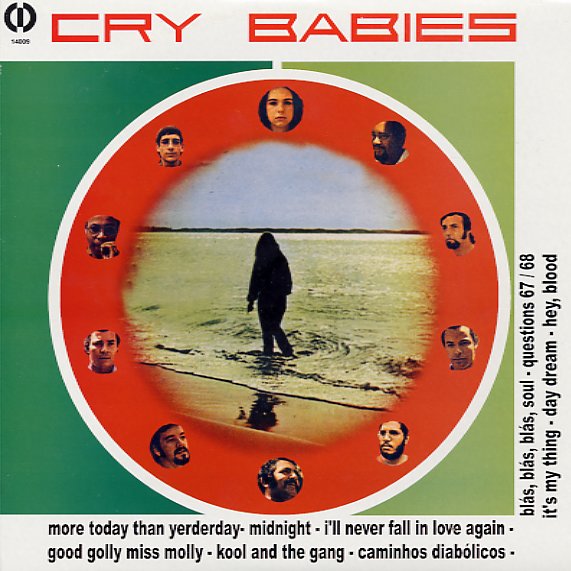 Fast funk and groovy grooves – a really great album of psychedelic tunes from Brazil! The Cry Babies serve up a sound that's beyond compare – American funk and soul influences played on organ, guitar, and sax, filtered through some really wild post-Tropicalia production! The result is a really catchy batch of grooves – almost what you'd imagine if Os Mutantes made a funk record, or if Kool & the Gang smoked a bag of weed on the beaches at Rio, then stumbled into the studios to record with Marcos Valle. Titles include "Hey Blood", "Day Dream", "It's My Thing", "Blas Blas Blas Soul", "Questions 67/68", "Caminhos Diabolicos", and "Kool & The Gang".  © 1996-2020, Dusty Groove, Inc.

Travessiero Feliz
Far Out (UK), 2020. New Copy
LP...$18.99
A soaring blend of Brazilian modes – served up here by Ricardo Richaid, who's almost a one-man army himself, given the amount of instruments he plays on the set! Yet the record is also way more than just a batch of tunes cooked up in a bedroom – as Richaid has collaborators on nearly ... LP, Vinyl record album