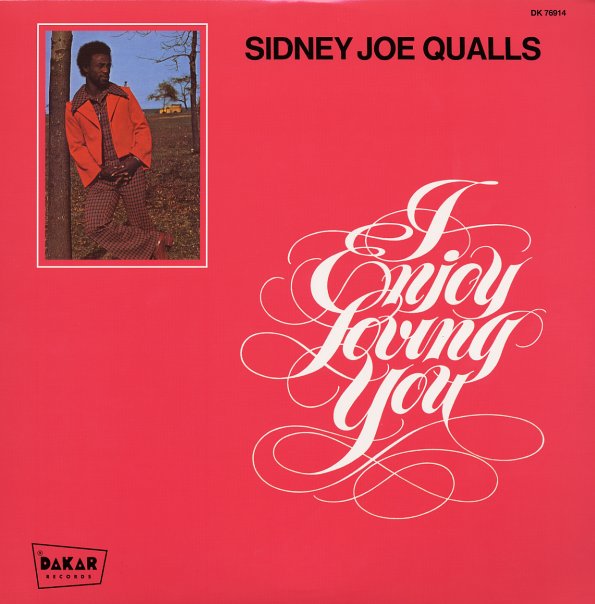 Classic work from this massively overlooked 70s soul singer! The set's one of a rare few albums cut by Sidney Joe Qualls – a fantastic talent who's probably better known for his work behind the scenes, and as a songwriter, than he is as a voice on his own. The session is produced with a style that kind of mixes Brunswick Chicago soul with rootsier southern elements – stepping proud in the 70s territory of Johnnie Taylor or Tyrone Davis, but sounding way way better here, and with a much more independent vibe. Plus, the album boasts some incredible material – original tunes written by the likes of Sam Dees, Clifford Davis, George Davis, and others. Titles include "Shut Your Mouth", "Run To Me", "I Enjoy Loving You", "Please Help Me", "Can't Get Enough of Your Love", and "The Next Time I Fall in Love".  © 1996-2021, Dusty Groove, Inc.

Stop & Go
Dakar, 1972. New Copy (reissue)
LP...$11.99
A killer bit of early funk from the great Hamilton Bohannon – and quite possibly his greatest album ever – a really unique approach to funky rhythms, with a sound that's unlike anything else we can think of! The album's got a slower funk sound than Bohannon's later disco groove a few ... LP, Vinyl record album