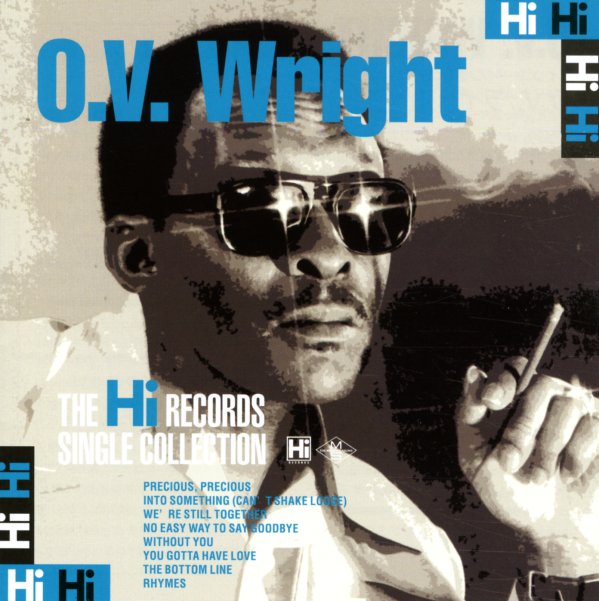 Not just singles from the great OV Wright – but also a few live tracks and rare demo titles as well! OV's a hell of a singer – one with a voice that matches all the best on the southern scene of the time – and a great companion to some of the best deep soul material on the Hi Records label by artists like Otis Clay or Syl Johnson. And like both of them, Wright had recorded previously, but was able to find a new sort of presence at Hi – a more mature mode and sparkling Memphis production that really brought the most out of his wonderful vocals! Two of the tracks here – "Rhymes" and "Without You" – were only ever singles for Hi, and never came out on album. Two more demo tracks are wonderful – "A Fool Can't See The Light" and "I'm Gonna Be A Big Man Someday" – both very good numbers recorded with a grittier feel than usual. CD also features the cuts "Into Something", "The Time We Have", "Precious Precious", "The Bottom Line", and "We're Still Together" – plus live tracks that include "Love & Happiness", "Ace Of Spades", and "Precious Precious".  © 1996-2021, Dusty Groove, Inc.

I'm Still In Love With You
Hi Records/Fat Possum, 1972. New Copy
CD...$11.99 14.99 (LP...$11.99)
Warm wonderfulness from the great Al Green – a record that may have a pale-looking cover, but a set that's one of Green's most deeply soulful albums ever! There's a grace and a glow to the set right from the very first note – that really unique presentation and performance that makes ... CD

Love Ritual – Rare & Previously Unreleased 1968 to 1976
Hi Records, Late 60s/1970s. New Copy
CD...$11.99 13.99
A selection of earlier Al Green numbers issued originally at the end of the 70s – with new mixing by Willie Mitchell, who'd produced all the original sides. Titles include "Love Ritual", which is a nice groover with some congas in the mix giving the whole thing an earthier thump ... CD