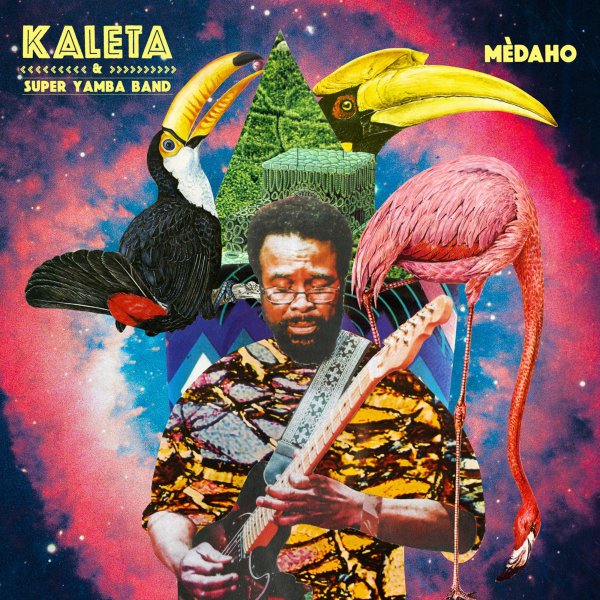 That's a pretty trippy cover on the front, and an image that really sums up the vibe of this excellent record from Kaleta – a set that's even sharper and funkier than any of his previous efforts – yet which has some nicely way out qualities too! The instrumentation is heavy on elements from old school funk – both Afro and Anglo – but the execution is very individual, and graced strongly by the wicked guitar work of the leader – who steps out in front of the band with the majesty of some West African genius from years back – calling out boldly with his lyrics, and turning out guitar parts that clearly know the farther reaches of the fuzzy spectrum, but which also never stray too far from the groove to get lost in their own space! Everything is tight and right on the money – and the record packs a lot more punch than some of its contemporaries, as you'll hear on titles that include "Hungry Man Angry Man", "Jibiti", "Goyito", "Medaho", "La Guele", "Adjoto", and "Gogo Rock".  © 1996-2021, Dusty Groove, Inc.