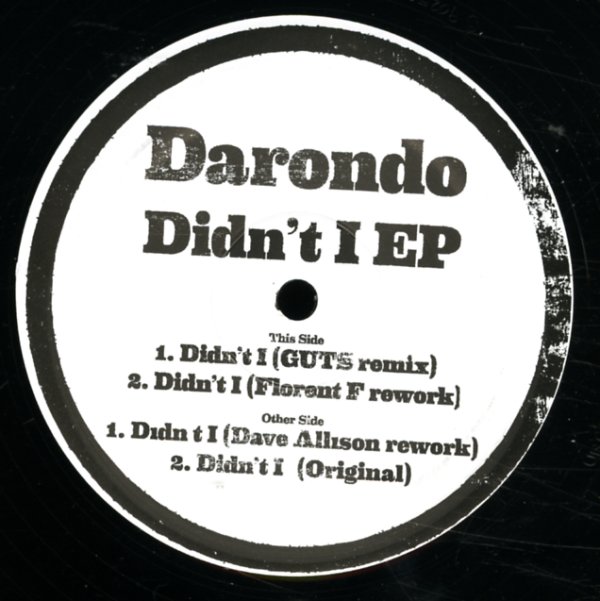 An amazing bit of falsetto soul – and a tune that's become an anthem around Dusty Groove these days – given how many times we play it in the store! "Didn't I" has an infectious raspy guitar bit at the start, then rolls into harmony vocals, supporting Darondo's wickedly sharp lead! The whole tune's amazing – and it's one you'll be humming for weeks! And while we love the original, we're surprised at how well the reworks come out – versions by Guts, Florent F, and Dave Allison – which all preserve the same vibe as the original – which is also included here on the EP!  © 1996-2020, Dusty Groove, Inc.