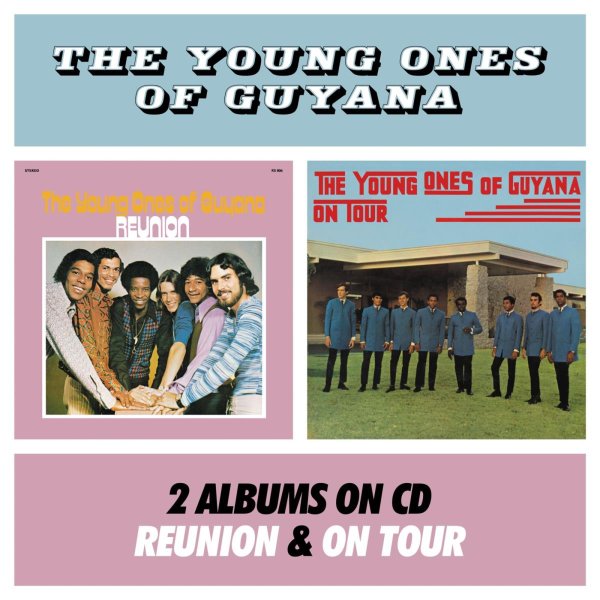 A pair of albums from this Guyana group – both recorded overseas, and with a really unique sort of vibe! Young Ones Of Guyana On Tour was recorded in 1970, while the group was in London – at the legendary Landsdowne Studios, home to some really groundbreaking jazz at the time – a location that must have left some sort of imprint on the combo, as they work here in a mix of different styles that includes soul, Latin, and even Jamaican modes – often using strong lead guitar upfront, usually peppered with very cool Farfisa organ lines too. Many of the cuts are instrumentals, and some are vocals – and the mix reminds us a lot of the sorts of variety you'd get on a late 60s rocksteady album. Titles include "Liquidator", "Monkey Man", "Express Way", "Love Can Make You Happy", "No More Heartaches", and "Meditation". Reunion was recorded in Toronto in 1973 – after the group took a hiatus from recording for a bit, to reemerge here with a style that's definitely matured for the time! The organ has shifted from Farfisa to Hammond, but still used in these nice lean lines – and the vocals are more prominent, and maybe more soulful too – especially when the group take on some American soul tracks from the time. Titles include "Guitar Man", "Hooked On Me", "Poppa Joe", "Oh Girl", "If Loving You Is Wrong", "Suriname", "Ain't No Sunshine", and "Lean On Me".  © 1996-2021, Dusty Groove, Inc.