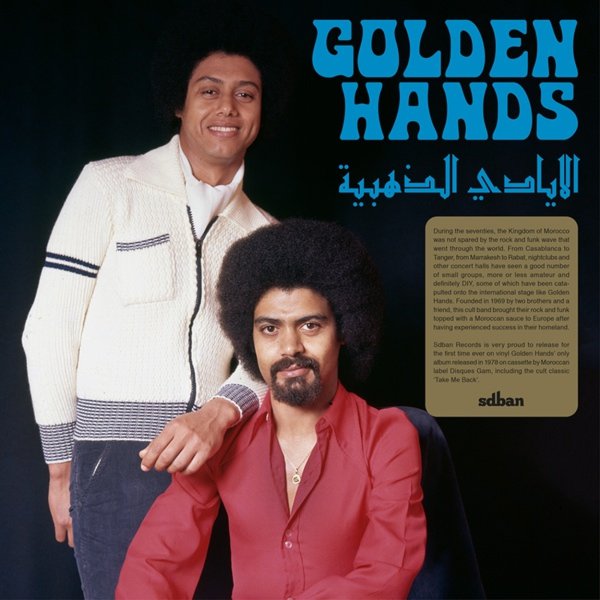 An unusual funky duo from 70s Morocco – one who work here in a nice mix of modes, and get some great help from a third group member on some especially tight drums! The music is more conventional rock at times, but there's a few really great funky breakout tracks on the set – including the 7 minute workout on "Take Me Back", which is a killer clubby number – and the hard-driving instrumental "Al Harka" – which is a really cool blend of heavy drums and almost moog-like guitars! The set's also got one more funky track titled "Country Scenes" – which almost has a Free Soul sort of vibe – and other titles include "My Story With Mrs Life", "She's Like The Time", and "Love Letters".  © 1996-2021, Dusty Groove, Inc.
(Plays at 45rpm for extra sonic punch!)