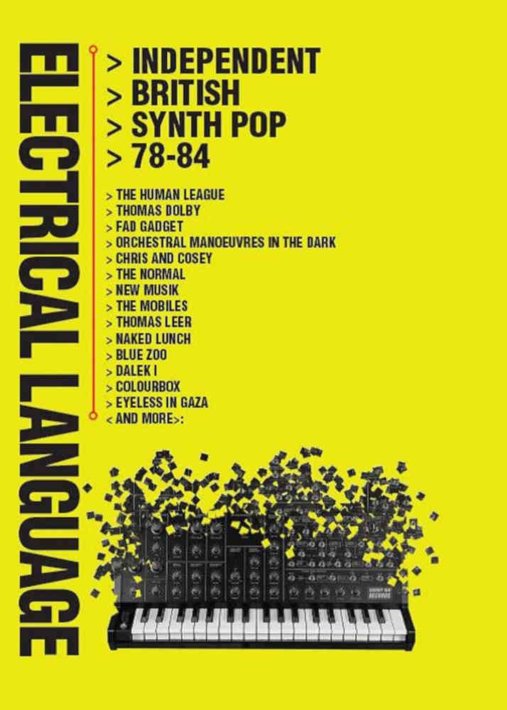 A massive look at a key moment in British music – that post-punk era when keyboards and electronics came into the mix, but weren't yet used in polished or commercial ways! The groups here really run the gamut – from some who'd later move into more noisy territory, to others who might change things up and go for the charts – almost all captured at their earliest, working for the wealth of tiny indie labels that sprang up in England once the forces of punk knocked down the walls of the major labels! The scope of sounds here is totally great – from moody, moogy analogue numbers – to other tighter electronic songs that burst and crackle with energy – sometimes instrumental, often vocal – and always a cut above. The package is a hardcover book-style one – with page after page of notes and images on the artists in the set – plus 4CDs that feature a total of 80 tracks – with music by The Passage, Thomas Leer, Box Of Toys, Poeme Electronique, Dalek I, Colourbox, The Normal, Alex Fergusson, Eyeless In Gaza, Bodhi Beat Poets, Two, The Fast Set, Play, Goat, Futurerhythm, David Harrow, Fiat Lux, Blue Zoo, Lori & the Chameleons, Tim Blake, Charlie's Brother, The Quarks, Hybrid Kids, Beasts In Cages, Naked Lunch, Edward Ka-Spel, The Mobile, Fad Gadget, Local Boy Makes Good, Chris & Cosey, Pink Industry, Music For Pleasure, and many more!  © 1996-2021, Dusty Groove, Inc.