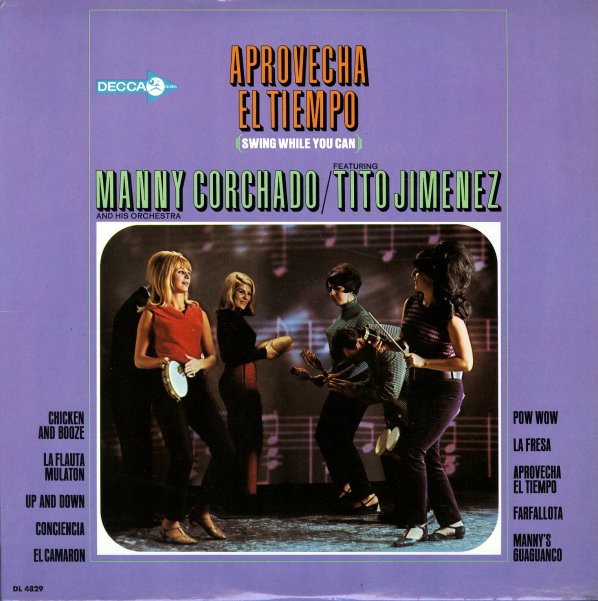 A tasty Latin number from the 60s – recorded as one of a small handful of excellent Latin sides cut by Decca during the Latin Soul era! The record's kind of split down the middle, with half tracks that are in a straight Latin vein, and half tracks that are in a feisty boogaloo style. The boogaloo tracks are arranged by Marty Sheller – one of the best talents of the Latin Soul years – and titles include the instrumentals "Chicken & Booze" and "Up & Down", plus the vocal number "Pow Wow". Tito Jimenez is on vocals on other cuts – and titles include "La Flauta Mulaton", "La Fresa", "Fafallota", and "Manny's Guaguanco".  © 1996-2022, Dusty Groove, Inc.