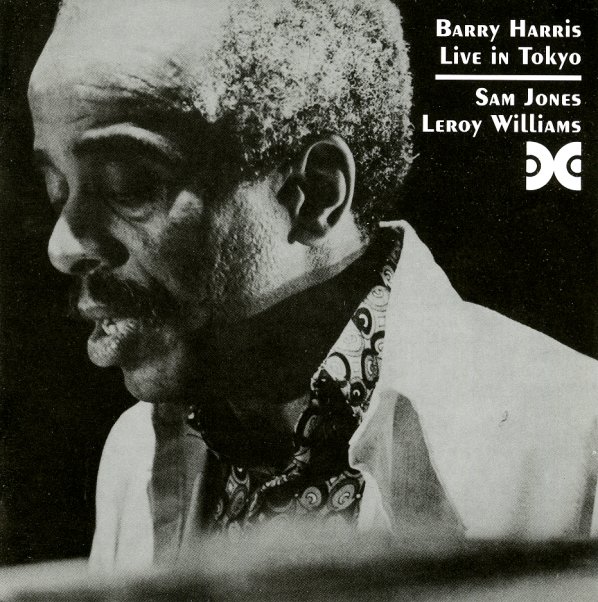 A great live set from pianist Barry Harris – material recorded on the same date that gave us the excellent Live In Tokyo album from reedman Charles McPherson – but done in a very different way that shows that Barry's clearly the leader on these tracks! The rhythm duo is wonderful – the mighty Sam Jones on bass and Leroy Williams on drums – players who can crackle when Harris wants them to, yet also lay back and give Barry lots of spacious territory to work some incredibly deft, personal magic on the keys. The sound almost takes us back to the initial Harris recordings of the early 60s, but also has some of those colors that would flow even more freely in some of his sessions for the Japanese market – on titles that include "I'll Remember April", "Fukai Aijo", "A Soft Spot", "Round Midnight", and "Un Poco Loco". CD features four bonus tracks too – two versions of "Ornithology", plus "Like Someone In Love" and "Night In Tunisia", both nice and long!  © 1996-2023, Dusty Groove, Inc.

Luminescence!
Prestige/OJC, 1969. Used
CD...$14.99
An extremely striking sextet session from pianist Barry Harris – quite unlike most of his other work from the time! The group on the album features Pepper Adams on baritone, Junior Cook on tenor, and Slide Hampton on trombone – and that brace of three horns gives a really solid feel to ... CD

Saturday Morning (with bonus track)
Xanadu/Prevue, 1975. Used
CD...$11.99
A beautiful album from the wonderful reedman Sonny Criss – one of the first albums in his brief stretch of return to recording in the late 70s – and quite possibly the best! Criss has a sound that's completely amazing, right from the start – every bit as sharp toned as in his ... CD

Bud In Paris
Xanadu, 1959/1960. Used
CD...$9.99
Strong work that has Powell recording with some horn players, something that he almost never did at this point in his career. Two tracks feature Powell and Johnny Griffin playing without any rhythm accompaniment – on the tunes "Idaho" and "Perdido", taken at a nice ... CD