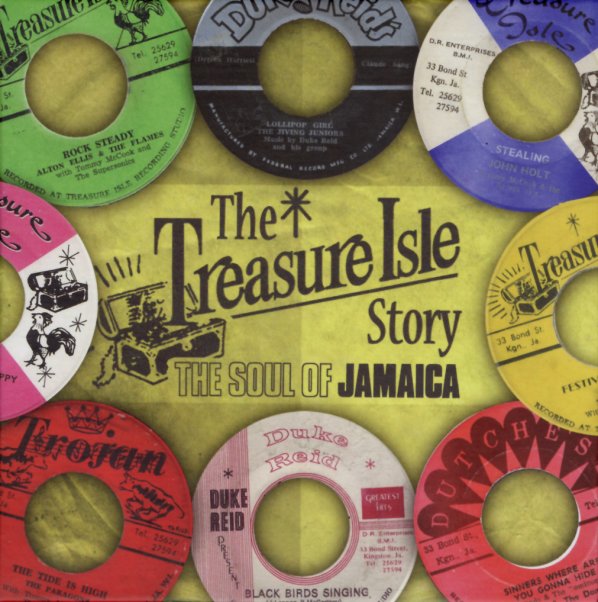 A massive collection of prime vintage Jamaican music from the Treasure Isle Records vaults! Streching back to the mento music predating ska and reggae, onward through the rocksteady and prime reggae era, plus a big batch of rarities from the vaults, this one is loaded with simmering, soulful numbers. The CDs are Feel So Fine – The Mento, Shuffle & Ska Years, The Tide Is High – The Rocksteady Years, Wake The Town – The Reggae Years, and From The Vaults – with 115 tracks in all! Includes tracks by Lord Power, The Jiving Juniors, Laurel Aitken, Don Drummond, The Techniques, Alton Ellis & The Flames, The Paragons, Ken Parker, John & Joya, "The Melodians, The Ethiopians, Dennis Alcapone, The Sensations, Stranger & Ken, Roland Alphonso, Pat Kelly, The Versatiles, The Silvertones and many more!  © 1996-2021, Dusty Groove, Inc.
(Out of print.)