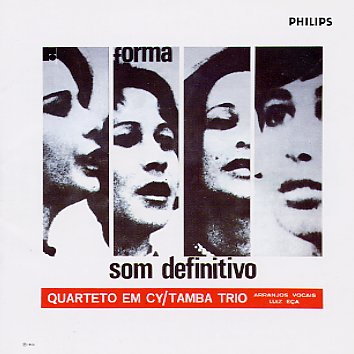 An incredible album – one in which the Brazilian female harmony quartet meets up with their male counterparts, the Tamba Trio! The gals have most of the vocals on this set, but backings are in the sublimely modern mode that the Tamba combo was using at the time, set to arrangements by Luiz Eca, the group's pianist – and soaring with a great blend of jazz and bossa elements! The whole thing's a landmark in the Brazilian scene of the time – with edges that are dark and sweet at the same time – and a depth of sound that's really tremendous. Titles include "O Mar E Meu Chao", "Se Voce Pensar", "Imagem", "Zambi", "Arrastao", and "Vim Da Bahia".  © 1996-2022, Dusty Groove, Inc.

Banda Uniao Black
Vampi Soul (Spain), 2006. New Copy
CD...$5.99 16.99
The long-awaited return of Uniao Black – one of the greatest Brazilian funk bands of the 70s, sounding better than ever here with some great raw production! The record's easily some of the best work the group's ever done – and although current, the whole thing's got a searing sound ... CD