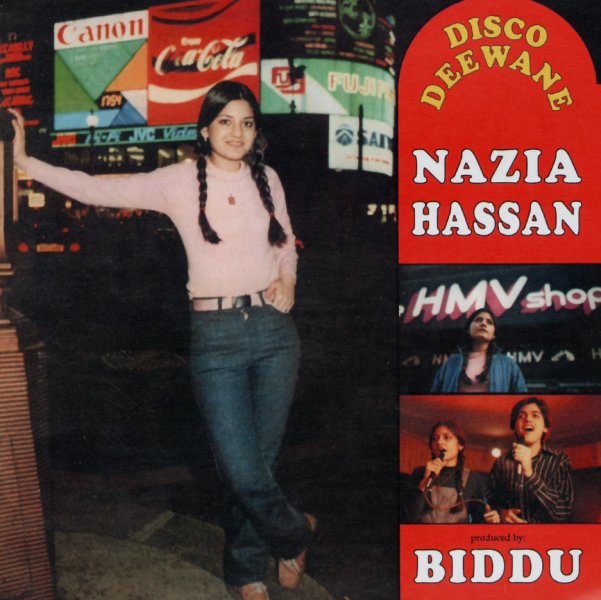 A disco album with a difference – given that the set was recorded in London by young Pakistani singer Nazia Hassan, and produced and arranged by Biddu – the man who gave the world the famous Biddu Orchestra records in the 70s! There's definitely grooves here that reflect Biddu's other work, but the presence of such a strong lead singer really gives the record a different vibe – and together, the pair make for surprising magic that stands apart both from American disco and some of the more famous Indian pop material of the time! The record was a surprising global hit upon release, and still sounds pretty darn great after all these years – with titles that include "Dil Mera", "Aao Na", "Disco Deewane", "Komal", "Mujhay Chahay", "Gaein Milkar", and "Leykin Mera Dil".  © 1996-2022, Dusty Groove, Inc.