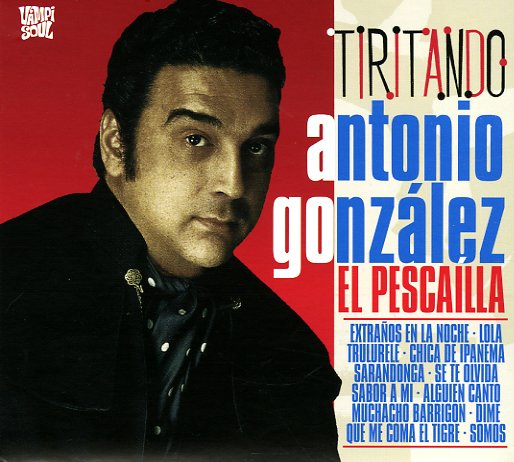 A nice compilation of Antonio Gonzalez flamenco rumba material that he cut for the Belter label – blending gypsy tradition with Cuban son, mambo, guaguanco, chachacha – and uber-charismatic vocals! Antonio's voice is really allowed to standout on these recordings, which is the way it should be – passionate and slinky or feverish and impassioned depending on the tune – with handclaps and cajon percussion, excellent guitar and occasional piano and other instrumentation. Titles include "Extranos En La Noche", "Tiritando", "Chica De Ipanema", "Trulurele", "Lola", "Alguien Canto", "Muchacho Barrigon", "Que Me Coma El Tigre", "Dime", "Sabor A Mi", "Somos" and more.  © 1996-2021, Dusty Groove, Inc.
(Out of print.)