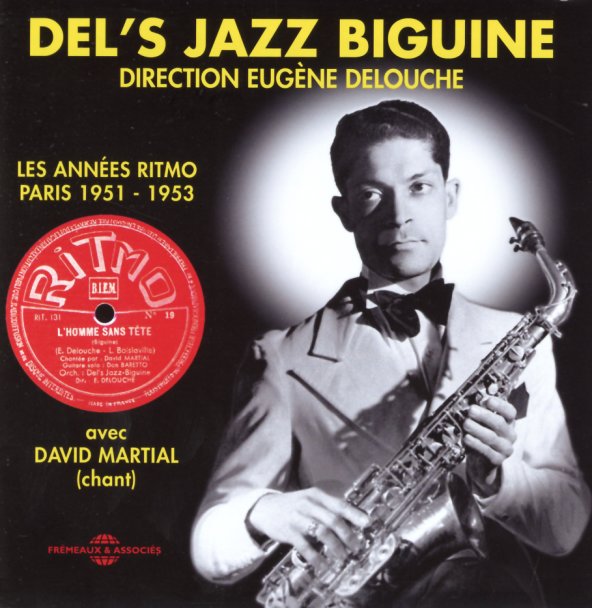 Very cool jazz from the Paris scene of the early 50s – an assortment of singles released on the Ritmo label, owned by reedman Eugene Delouche – who works here in a very cool blend of Martinique rhythms and modern jazz! The grooves here are a key part of the growing biguine style of the time – and Delouche plays alto and clarinet, and sometimes sings – although a number of other tracks feature vocals by David Martial. Not all tracks are vocal, though – and it's clear that the instrumental component is key here – on tunes that have the same crackling vibe as work from Havana during the same period – but with a very different mix of jazz and rhythms. 2CD set features 48 tracks in all, plus detailed notes in French and English – with titles that include "Missie", "Coup D'Baton", "Tes Yeux", "Les Deux Rivales", "Mina", "Gil Mambo", "Last Spleen", "Martinique", "Baby Baion", "Casita", "Porque Manolo", and "L'Homme Sans Tete".  © 1996-2021, Dusty Groove, Inc.