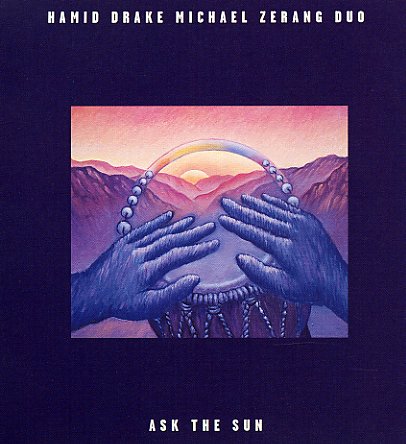 A classic pairing of two of the most important percussionists on the Chicago avant scene of the 90s – Hamid Drake and Michael Zerang, both musicians with a very different sound and style – but whose contributions to the Okka Disk label alone are more than enough to warrant them pages in the history book of Windy City jazz! Both musicians really open up here on a fantastic range of percussive elements – standard drums, plus bells, tablas, gongs, didjeridoo, cymbals, shakers, congas, and frame drums – handled in these open, organic ways that are very different than some of the accompaniment that both Drake and Zerang were giving horn players, maybe more of a loft jazz mode, but also with ties to the early AACM. The record also features a bit of guest work – Ashik Altany on zurma and Eddie Zerang on djembe – on titles that include "The Wisdom Sisters", "River Dance", "Children Of Clark Street", "Dreaming Of Winter", "Zikr Of The Heart", and "The Black Basement".  © 1996-2021, Dusty Groove, Inc.