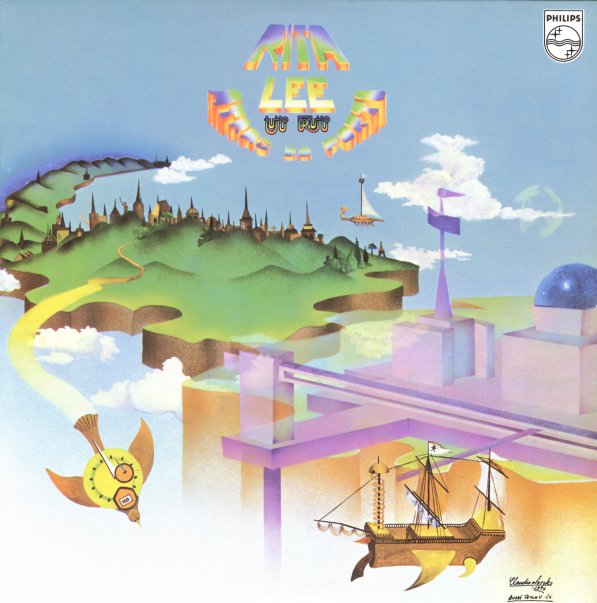 A wild solo project from Rita Lee – done after the breakup of Os Mutantes, and offered up almost as some sort of commentary on mainstream rock in the 70s! There's a much more straightforward approach to the music here – a sometimes-glammy sound that's echoed by the band's space-style costumes and makeup – but there's also some weirdly old-style rock instrumentation too, almost like the way that an artist like Gary Glitter could fold the 50s and 70s together in his music, and come across making something very weird and new. Here, the keyboards are almost stronger than the guitars – and Rita herself plays moog, melotron, organ, and piano – on titles that include "Tem Uma Cidade", "Menino Bonito", "Mame Natureza", and "Eclipse Do Cometa".  © 1996-2022, Dusty Groove, Inc.
(Nice heavy vinyl – with a bonus poster too!)

Build Up
Polygram/Future Shock (Italy), 1970. New Copy (reissue)
LP...$25.99 28.99
The first solo album by Rita Lee – cut back when she was a member of the groundbreaking Tropicalia trio, Os Mutantes! The album's got a very different feel than her work with that group – and has Rita stepping out as a sophisticated pop singer, almost in the way that Nico did on the ... LP, Vinyl record album