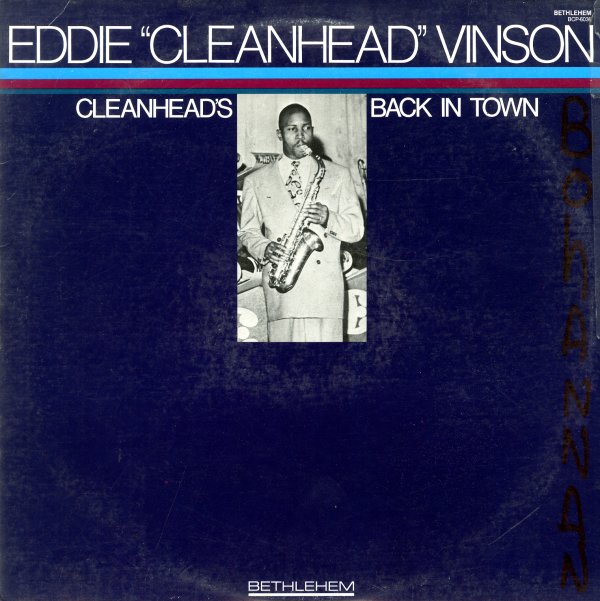 Cleanhead's Back In Town (70s pressing)

Classic King R&B material from Vinson, featuring some great backing by a surprising amount of jazz players! The album includes playing by Frank Foster, Joe Newman, Charlie Rouse, Ed Thigpen, Freddie Green, Paul Quinichette, and Nat Pierce – and the sound owes a lot to Joe Turner's work with Basie. Titles include "Cherry Red", "That's The Way To Treat Your Woman", "Kidney Stew", "Hold It Right There", and "Your Baby Ain't Sweet Like Mine".  © 1996-2023, Dusty Groove, Inc.
(Cover has ring and edge wear.)

Live In Cook County Jail
ABC, 1971. Very Good
LP...$29.99
BB King live at the Cook County Jail in Chicago – and given the amount of great live shows going on in the institution during the early 70s, the jail must have been one hell of a place to be incarcerated! This classic features BB King entertaining the prisoners with a wickedly sharp blues ... LP, Vinyl record album

Sweet Vibrations
MCA, 1980. Very Good+
LP...$1.99
Bobby Bland is one of those rare talents that never lost his groove, even as the years went on – maybe a bit like The Dells, in that he started out in the earliest days of soul music, but then was able to shift with the styles and the times, all without ever giving up the vocal strengths that ... LP, Vinyl record album