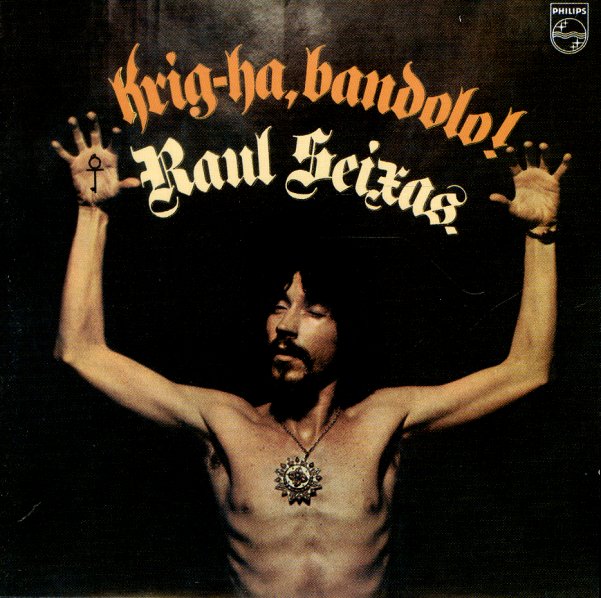 An incredible album from Brazilian rock legend Raul Seixas – easily one of the most important artists to emerge after the Tropicalia generation – and a singer with a sound that's as striking as his image on the cover! The album's got an explosive blend of styles – everything from psychedelic samba to country rock to easy rock tunes – all bound together by the strong sense of presence that helped Seixas elevate to become one of Brazili's most controversial rock stars of the time, all with the kind of legacy you might expect from the cover image! The sound is great – very different than what American and Anglo groups were doing at the time, although with sly nods to their modes from time to time – and titles include the English track "How Could I Know", plus "As Minas Do Rei Salomao", "Mosca Na Sopa", "Cachorro", "Al Capone", and the strange electronic "Introducao".  © 1996-2020, Dusty Groove, Inc.