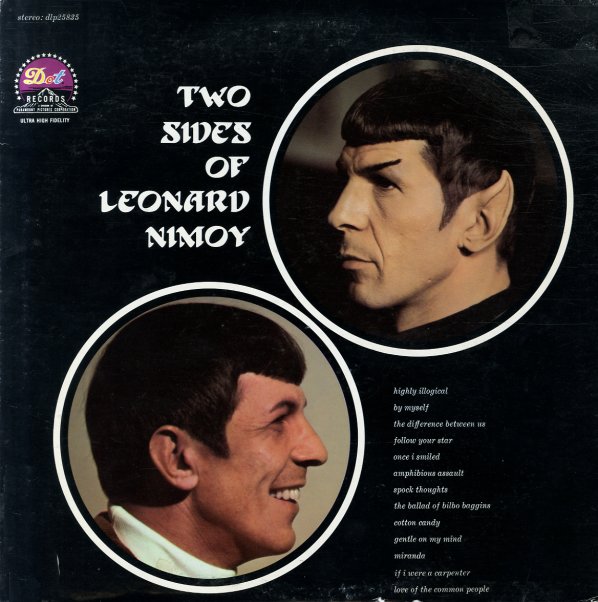 Great stuff from Leonard Nimoy – one of his best records, largely because he's upfront about the Spock side of his persona! As is well known, Nimoy really thought of himself as more of a serious singer than just a pointy-eared alien – so other records have a lot more of him singing straight pop numbers. This one, though, actually features about half Spock material – a full side of goofy sci-fi numbers like "The Difference Between Us", "Amphibious Assault", "Highly Illogical" and "Spock Thoughts". The other side still has some nice pop tunes – including a great reading of "If I Were A Carpenter", plus "Cotton Candy", "The Ballad Of Bilbo Baggins", and "Love Of The Common People".  © 1996-2022, Dusty Groove, Inc.
(Stereo pressing with deep groove. Cover has ring and edge wear, split bottom seam, and is bent a bit at the corners.)

Easy Does It
Dot, 1957. Sealed
LP...$59.99
We have to admit, we don't know Easy Williams at all – but with a name like that, we're willing to try! More seriously, though, the album's a great one – a cool little small combo vocal session, recorded with a group that includes vibes, guitar, and flute – backing Easy up like ... LP, Vinyl record album