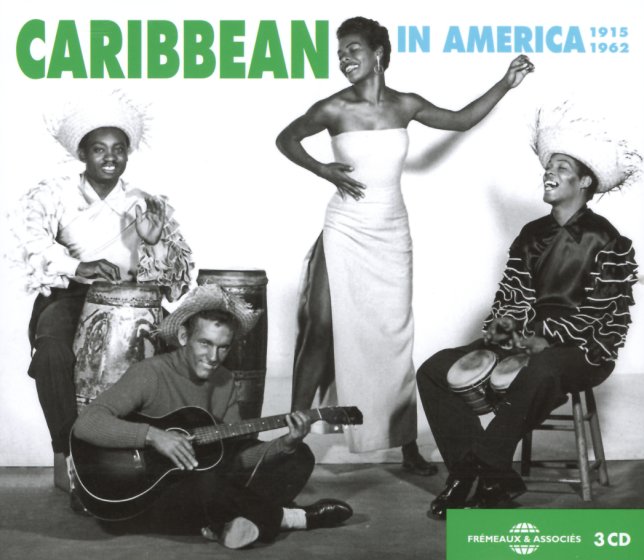 Caribbean styles hit the American scene – then get transformed into something completely different in this huge collection of recordings that span styles that include jazz, Latin, R&B, soul, and blues! In some cases, the Caribbean element comes through in the song structure – which might be lifted directly, then reworked for an American audience. But at other times, the influence is more in the rhythms or instrumentation – used as inspiration to then create something new – a bit in the way that American soul would provide the inspiration for reggae in the 60s. The package has the usual fantastic Fremeaux presentation – with a big booklet of historical notes, in both French and English, to support 66 titles that include "Jamaica Farewell" by Sam Cooke, "Salty Fish Aki Rice" by Ruth Wallis, "Bajan Girl" by Lionel Belasco, "Sly Mongoose" by Sam Manning, "El Gallero" by Dioris Valladares & Angel Viloria, "El Mambo Diablo" by Tito Puente, "Hey Little Girl" by Professor Longhair, "Un Poco Loco" by Bud Powell, "Chee Koo Baby" by Lloyd Price, "Shrinking Up Fast" by Camille Howard, "Ojai" by Joe Lutcher, "Salee Dame" by Albert Nicholas & Baby Dodds, "Inside" by Hector The Ram, "Run Come See Jerusalem"b y Stan Wilson, "I Learn A Merengue" by Robert Mitchum, "Afro Blue" by Cal Tjader, "La Maricutana" by Damiron & Chapuseaux, "Magical Joe" by Herb Jeffries, "Begin The Beguine" by Charlie Parker, "Make It Do" by Slim Gaillard, "Guitarambo" by Mickey Baker, and "Don't Touch Me Nylon" by The Charmer (aka Louis Farrakhan).  © 1996-2021, Dusty Groove, Inc.