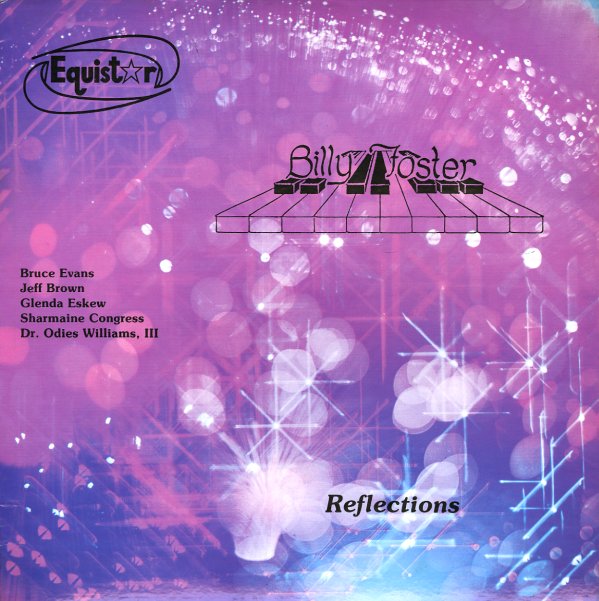 Overlooked genius from pianist Billy Foster – a player who only issued a handful of records on his own label – which was run out of the city of Gary, Indiana! This date's far more obscure than similar efforts on labels like Muse, Strata East, or Black Jazz – and has a similar vibe that runs through the best currents of the jazz underground at the time – never avant, but always soulful – with Foster on acoustic piano throughout, in a lineup that features core contributions from a great trio on all numbers – plus trumpet from Odies Williams on one track, and vocals by Glenda Eskew and Sharmaine Congress on a track apiece. The titles are all originals – marking Foster as a hell of a writer – and there's a very hip feel to the album overall. Titles include "Steps", "Dreams", "A Swing Thing", "Prism 2", "Dedication", "Prism", "Straight Strut", and "Sunrise".  © 1996-2020, Dusty Groove, Inc.

Music For Jazz Vespers
Equistar, 2015. New Copy
CD...$6.99
A beautiful project from pianist Billy Foster – part of a long tradition of jazz mass records that have been popping up from the underground from the late 50s onwards – and maybe one of the best we've heard so far! The setting is spare – really just a trio outing by Billy's group ... CD

Portrait
Equistar, 2005. New Copy
CD...$6.99
An overlooked set from the Gary scene – one of a handful of albums by pianist Billy Foster – a musician, radio host, and educator – with a legacy that almost makes him the Ramsey Lewis of his hometown! Billy cut some more keyboard-heavy albums in the 80s, but this record's a ... CD