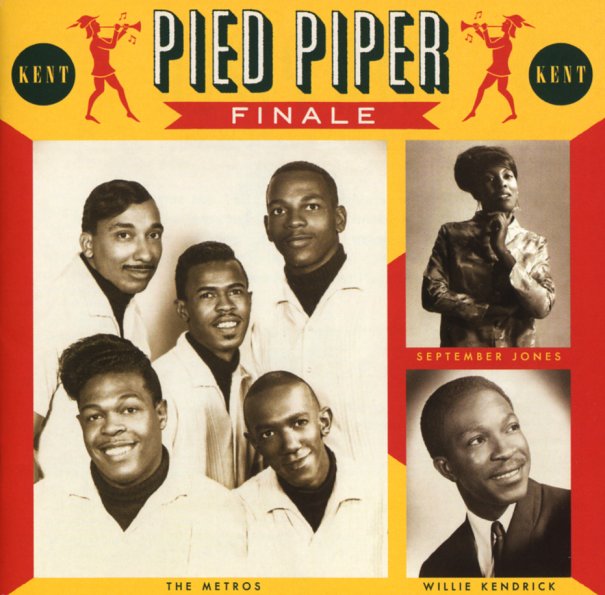 Rare soul from the Detroit underground of the 60s – all of it from the vaults of Pied Piper Productions – a fantastic company who flourished in the shadows of Motown! Pied Piper was headed by Motown percussionist Jack Ashford – who contributed to many better-known Detroit soul tracks of the period – and the music here draws on all the experience that Ashford had with that bigger label, and sometimes borrows a bit of Motown talent as well! Yet the music is also more in the indie mode, too – similar to excellent Detroit singles on imprints like Groovesville or D-Town, both of which would be good comparisons to the Pied Piper sound. Some tracks are instrumental, but the majority of the work is vocal – and features some top-shelf singers and groups – all documented in the wonderful notes in the package. You'll recognize a few of these tracks from titles that Pied Piper placed with bigger labels, but there's also some small imprint singles, and even some unreleased tracks as well – 24 titles that include "It Takes Two" by The Four Sonics, "No Baby" by The Metros, "Ease My Mind" by Lorraine Chandler, "I Can't Change" by Yvonne Baker & The Sensations, "I Like Your Style" by Freddy Butler, "Crazy Things" by Joseph Douglas, "I'd Like To Know" by The Pied Piper Players, "American Dollar" by Willie Kendrick, "It's Better" by Reggie Alexander, "Soul Superman" by The Hesitations, "She Don't Want You" by Lorraine Chandler, "We Go Together" by The Cavaliers, "That Girl Of Mine" by The Persians, "Deserted" by Freddy Butler, "I'm With You" by September Jones, "Sweetest One" by The Metros, and "Gambler's Blues" by Nancy Wilcox.  © 1996-2022, Dusty Groove, Inc.