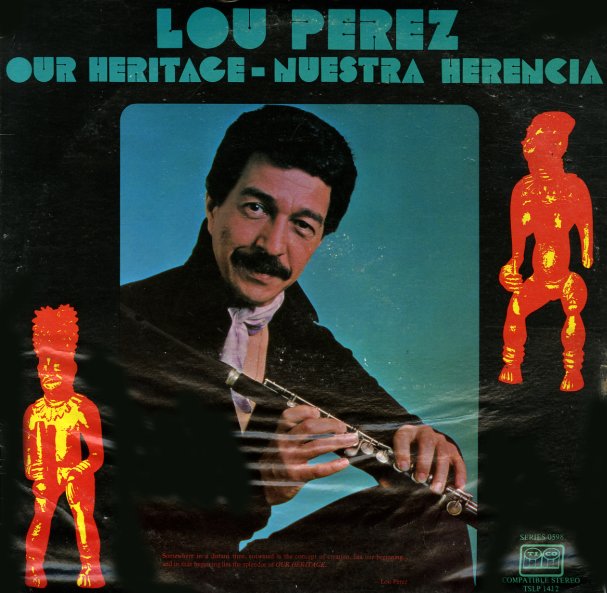 Flautist Lou Perez leads his band through the "Our Heritage" suite, plus a bunch of montunos and son tracks with a fairly traditional feel. The band includes Lou's flute, plus violins, Spanish guitar, cello, and piano.  © 1996-2022, Dusty Groove, Inc.
(Cover has light wear, masking tape along the top and bottom seams, a partially split bottom seam and initials in marker on the front and back.)

Eye Of The Beholder
Atlantic/Fania, 1977. Very Good
LP...$9.99
A really wonderful album from Ray Barretto – more jazz fusion than his usual 70s salsa – but in a way that we really really love! The album's a crossover gem that has Ray working with Stix Hooper, Joe Sample, and Wilton Felder of The Crusaders – a trio who produced the record, ... LP, Vinyl record album