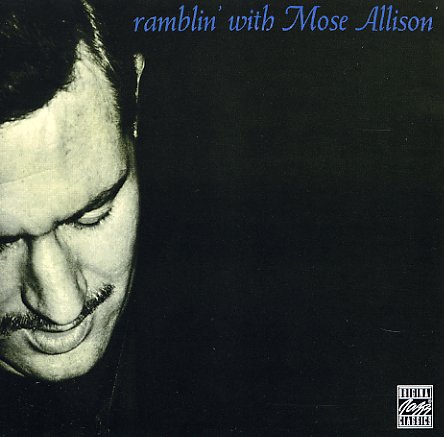 A pivotal album for Mose Allison – and one of the first records to ever feature his voice, even if only on one track! During the 50s, Allison was mostly known for his work as a bop-styled pianist – on records by Stan Getz and others – but at the end of the decade, he really returned to his roots, and began to forge a New Orleans-styled approach to jazz that had lots of bluesy inflections and a much earthier sensibility. This album offers a bit of both Allison sides of the fence – some straighter piano jazz with a trio that features Addison Farmer on bass and Ronnie Free on drums, but also some rootsier numbers that come off nicely. Mose sings on "I Got A Right To Cry", and other titles include "Ramble", "Saritha", "Ingenue", "Old Devil Moon", "The Minstrels", "Old Man John", and "The Kissin Bug". CD features 3 bonus alternate takes too!  © 1996-2021, Dusty Groove, Inc.
(Out of print.)

Jo + Jazz
Columbia/Corinthian, Late 50s. Used
CD...$9.99
They certainly got the title right on this one – as Jo's singing a great batch of jazz-based tracks – and getting help from an array of small group players that include Ben Webster, Johnny Hodges, Conte Candoli, and Ray Nance! Arrangements are by Johnny Mandel, in a warmly chromatic ... CD