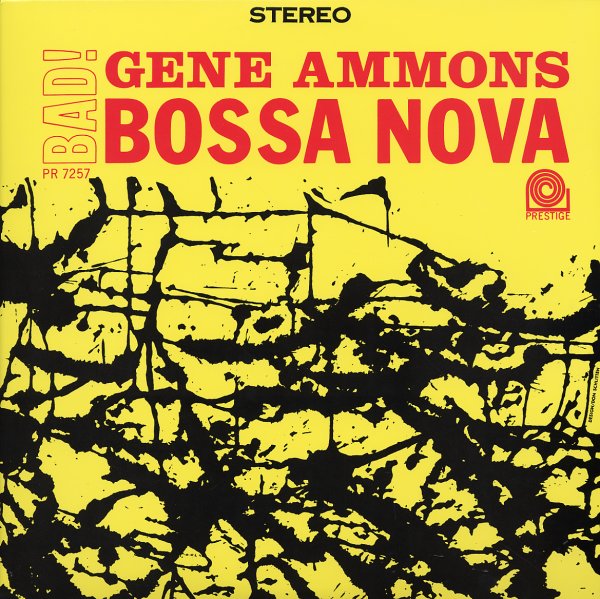 Bad Bossa Nova is right – as Gene Ammons really hits a great groove here – one that's not exactly bossa, but which has lots of Latin and tropical touches! The session makes great use of 2 guitars at the same time – using that of Kenny Burrell for soulful rhythm, but also adding in Bucky Pizzarelli for some nice acoustic embellishments – in a mode that's similar to the soul jazz-com-bossa style used on records like Ike Quebec's Soul Samba or Charlie Rouse's Bossa Nova Bacchanal. The overall rhythms are a bit more complicated, and a bit more soul jazz based than those sets – with Hank Jones on piano, Oliver Jackson on percussion, and Al Hayes adding in some sweet extra bongo! Titles include the classic "Ca'Purange" – plus "Anna", "Yellow Bird", "Cae Cae", and "Moito Mato Grosso". Also issued under the title Jungle Soul! (Ca' Purange).  © 1996-2021, Dusty Groove, Inc.
(Mono yellow & black label NJ pressing with Van Gelder stamp. Cover has small seam splits, some aging, and a light stain on back.)