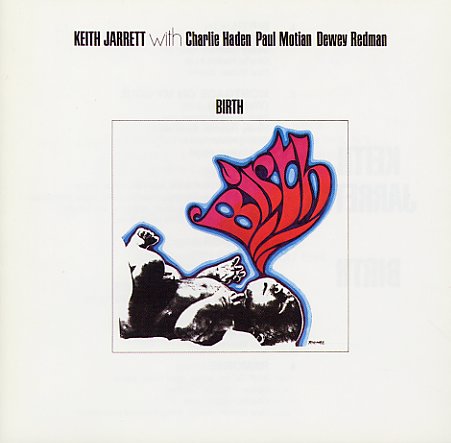 A generous 1971 effort from Keith Jarrett – backed up by his incredible, multi-instrumentalist co-horts Dewey Redman (tenor sax, clarinet, bells, percussion and more), Charlie Haden (bass, congas, clappers, steel drum) and Paul Motion (drums and percussion). The pieces cover a pretty far range of styles – from the meandering and mellow Jarrett piano that begins "Birth", to the wonderful, heaving funky bass work on "Mortgage On My Soul (Wah Wah)" – which also includes some squalling soprano sax by Jarrett, who gives the piano a rest for this wild tune! Later on the album, he picks up a banjo, too! Other tracks include "Spirit", "Forget Your Memories (And They'll Remind You)" and "Remorse".  © 1996-2020, Dusty Groove, Inc.
(Out of print.)

Expectations
Columbia/Sony, 1972. Used
CD...$6.99
A totally wonderful album from the young Keith Jarrett – and a set that's different than most of the pianist's other well-known modes – not his solo improvisations, not his successful trio material, and not even his more outside quartet modes of the 70s – but instead this ... CD

Dark Intervals
ECM (Germany), 1988. Used
CD...$6.99
A live performance from pianist Keith Jarrett, recorded at Suntory Hall in Tokyo – but one that's a bit different than some of the solo sets that came earlier in his career, as it's got both a different sound and different style overall! The tracks here aren't side-long improvisations, and ... CD