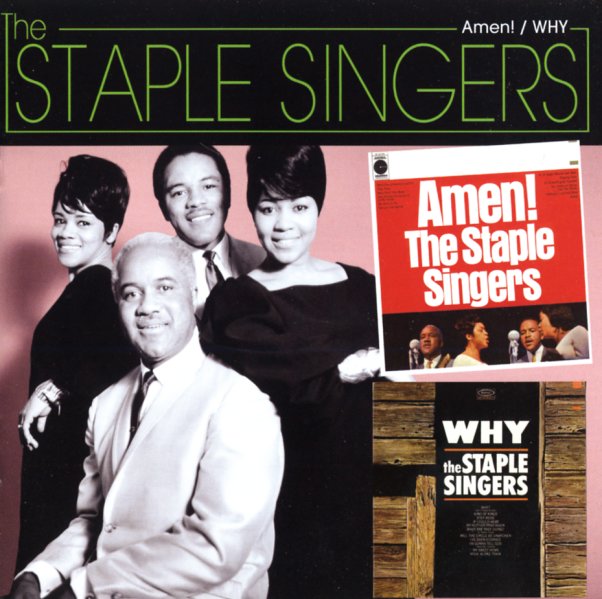 Seminal sounds from The Staple Singers – two mid 60s albums, back to back on a single CD! First up is Amen – a righteous early classic from The Staple Singers – a record that rings out with a spiritual note in the title, but one that also covers a whole host of social issues with its power too! The music has that sublime blend that the group perfected right from the start – almost a secret inclusion of a larger social agenda, presented amidst gospel tunes re-arranged by Pops Staples – plus a few of his own great tracks too. The result is a record of timeless power – different from the group's later 70s soul hits, but equally great – with titles that include "More A Hammer Than A Nail", "Nobody's Fault But Mine", "As A Eagle Stirreth Her Nest", "Do Something For Yourself", and "This Train". Why is a record that begins with a question, and follows through with a sublime mix of social politics and spiritual energy! Pops Staples asserts himself a bit more than before with his songwriting here – including the title classic "Why (Am I Treated So Bad)", which went onto become one of THE anthems of the Civil Rights era! That energy follows in more original songs by Pops, and in his great reworkings of older traditional numbers – on a set that also has the group working with producer Billy Sherrill, who seems to give them even more power than before, but without commercializing their music at all. Titles include "Why", "I've Been Scorned", "I'm Gonna Tell God", "Move Along Train", "Step Aside", "King Of Kings", "What Are They Doing", and "Will The Circle Be Unbroken".  © 1996-2020, Dusty Groove, Inc.