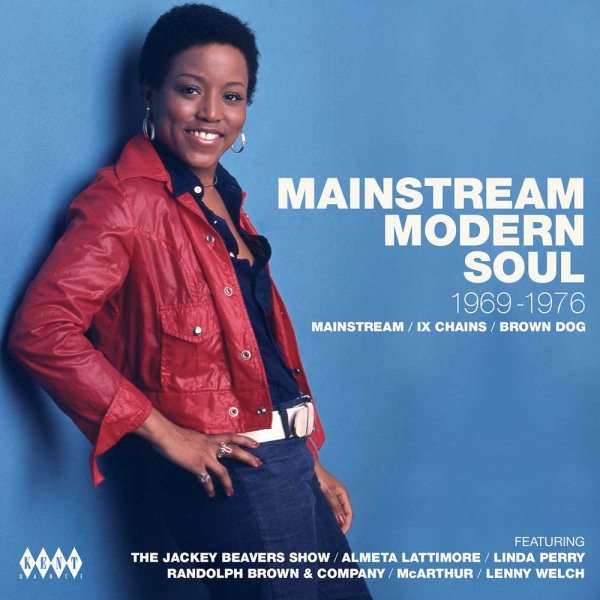 A huge array of soul tracks from the Mainstream label – an imprint that was probably best known for its jazz work of the early 70s, and as the launching pad for a few key rock groups – but one who also cut some killer soul tracks in the best New York and Philly styles of the period! Mainstream only ever issued most of its soul material as singles – 45s issued on their own label, and under the IX Chains, Brown Dog, and New Moon imprints too – spread out in an array of under-circulated, poorly-distributed releases that never fully got their due at the time – partly because much of the music was years ahead of its time! There's a groove here that reminds us of the hippest sounds from bigger labels – including Philly International or All-Platinum – with a similar blend of sweetness, honest vocal performances, and some top-shelf studio work that gives the lyrics a hell of an instrumental push, but all without ever sounding slick or commercial. The package is a much-needed look at this scattered legacy – and brings together 24 rare cuts that include "These Memories" by Almeta Lattimore, "I'm The One Who Loves You" by JG Lewis, "Come Back (part 1)" by The Fantastic Puzzles, "I Can't Give You Up" by Linda Perry, "It Ain't Like It Used To Be" by Randolph Brown & Company, "No Rebate On Love" by The Dramatics, "You're A Friend Of Mine" by Words Of Wisdom, "Satisfy My Woman" by Calvin Arnold, "Plain Out Of Luck" by Nia Johnson, "We're Not Too Young To Fall In Love" by Jackey Beavers Show, "Let The People Talk" by The Steptones, "To Whom It May Concern" by Ellerine Harding, "It's So Real" by McArthur, "Stop & Think A Minute" by Charles Beverly, and "That's The Way She Is" by Bobby Earl Williams.  © 1996-2021, Dusty Groove, Inc.