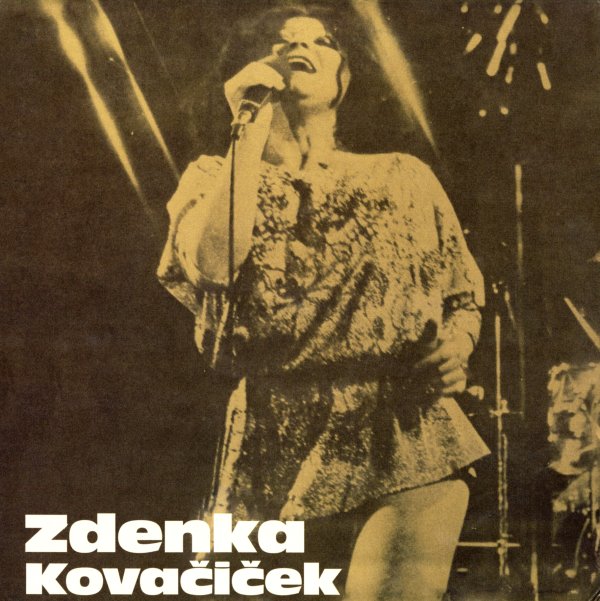 Funky sounds from Croatia – presented here with a sweet 70s groove, and some very offbeat vocals throughout! Zdenka Kovacicek has a completely different way of phrasing than most other European singers we've heard – all these weird twists, turns, and sharp little angles that are a perfect fit for the quirky styles of the backings – which begin in a mode that's clearly trying to emulate American soul of the time, but which also moves into some weirder, more unusual territory too! There's a few mellower cuts that have some nice Fender Rhodes – and some other icy keyboards, too – and titles include "Necu Da Znam", "Dragi Mi Je Lijep K'O Slika", "Mali Crnit Brat", "Kobra", "Elektra", "Muzika", and "Hello Mr Elton John".  © 1996-2021, Dusty Groove, Inc.