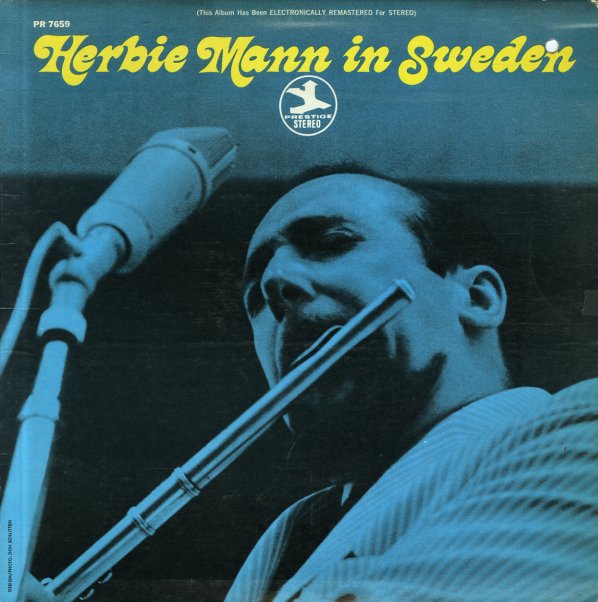 Herbie Mann In Sweden (aka Mann In The Morning)

Different work than usual for Herbie – a series of sides recorded in Sweden in the late 50s, featuring Herbie on both flute and tenor! The feel here is at once more poised and more open than some of Herbie's US sides from the time – as the groups shift from track to track, and Herbie's movement between tenor and flute gives the album a nicely rough edge. Players include Ake Persson, Rolf Blomqvist, Arne Domnerus, and Beng Arne Wallin – and titles include "Cherry Point", "Serenata", "Hurry Burry", "Adam's Theme", "Ow", and "Nature Boy". 1969 pressing of an album originally titled Mann In The Morning.  © 1996-2021, Dusty Groove, Inc.
(Blue label pressing. Cover has some wear along the opening, waviness and a cutout hole.)

Surprises
Atlantic, 1976. Near Mint-
LP...$2.99
A record that's full of many surprises – one of which is the sweet lead vocals of Cissy Houston! Houston works here in a style that merges nicely with the jazzy currents of Herbie Mann – at a level that's different than other soul/fusion sets of the time – like work on CTI or ... LP, Vinyl record album

Push Push
Embryo, 1971. Near Mint- Gatefold
LP...$6.99
One of Herbie Mann's biggest albums – and one of his funkiest too! The cover's a bit of an off-putter – although it probably helped sell the record, back in the day – but the grooves are as rock-solid as anything that Herbie cut at the time – tight, focused, and a perfect ... LP, Vinyl record album

All Day Long
Prestige, 1957. Good
LP...$9.99
One of the best blowing sessions on Prestige – and proof that Kenny Burrell could hit a nice groove when he wanted to! The record is a very open-ended set, and players include Burrell, Donald Byrd, Frank Foster, Tommy Flanagan, Doug Watkins, and Art Taylor. Side one features a great long ... LP, Vinyl record album