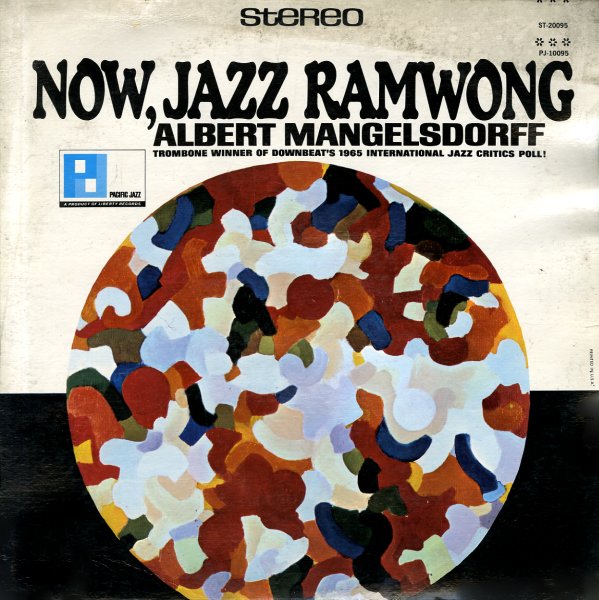 Brilliant modern jazz from German trombonist Albert Mangelsdorff – recording here in 1964, but sounding years ahead of his time, with an amazing a blend of jazz and Asian styles! The album's one of Mangelsdorff's best ever – a set of rhythmic tunes that seem clearly informed by the work of Ornette and Joe Harriott, but also based along eastern themes picked up by the group on a tour of the Orient – and performed by a sharp-edged quintet that includes Heinz Sauer on tenor and soprano sax, Gunter Kronberg on alto, Gunter Lenz on bass, and Ralph Hubner on drums. There's some nice traces of MPS/Saba modal and Jazz Meets the World styles – and overall, the rhythmic pulse keeps things from getting as free and out as on Mangelsdorff's 70s sides – really soaring, but never too far out – and always with a cool exotic groove. The whole thing's great – instantly striking, and always a treasure – and titles include "Sakura Waltz", "Now Jazz Ramwong", "Raknash", "Theme From Vietnam", and "Burungkaka".  © 1996-2021, Dusty Groove, Inc.
(Blue label stereo pressing with deep groove. Label on Side 1 has some small peeled spots from sticker removal. Cover has light ringwear, bent corner at the bottom right, and a half split bottom seam.)