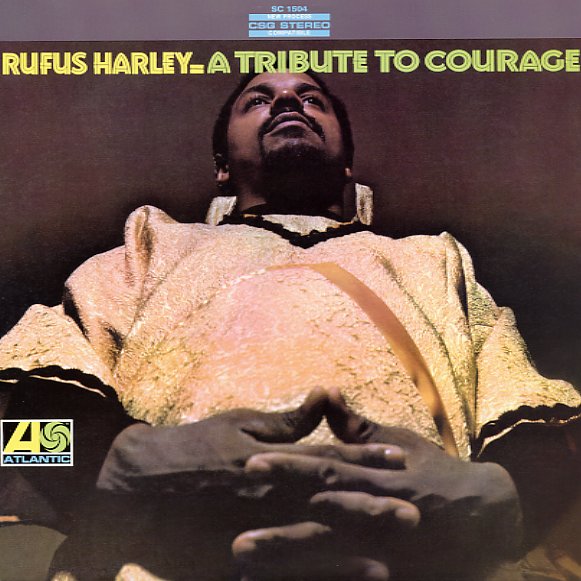 Brilliant work by one of the most unusual jazz talents of the 60s! Rufus Harley's best known for his use of bagpipes in jazz music – a re-cooption of the instrument from Scottish styles, taking it back to its roots in northern Africa. A number of Harley's other albums from the time are a bit gimmicky – but this later set is a soul jazz masterpiece, infused with rich Coltrane-like modes of expression, as Harley plays both soprano sax and bagpipes over some long modal original compositions! The group is a great one – with Oliver Collins playing some fantastic spiraling lines on piano, and great bass and drum work by James Glenn & Billy Abner. Titles include "Ali", "X", "About Trane", "Tribute To Courage", and a great version of "Sunny"!  © 1996-2021, Dusty Groove, Inc.
(White label promo. Cover has ring and edge wear, with top and bottom mostly split and some marker on the back.)