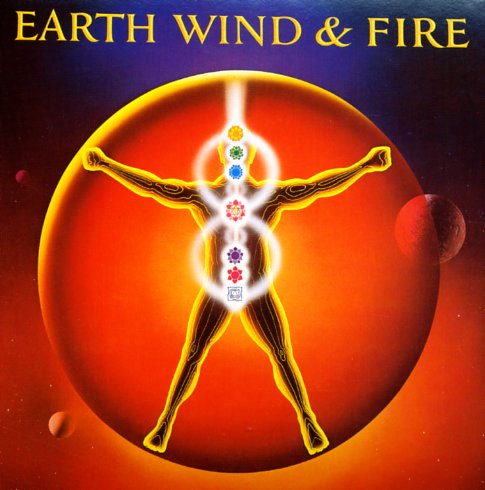 The Powerlight is burning bright – Maurice White, Philip Bailey, and the rest of the group still very much in classic formation! Even on a post-70s set like this, Earth Wind & Fire still manage to come up with tracks that beat the rest of the ensemble funk groups that grew up in their wake – groovers that still set a new level for the boogie generation, and mellow tracks that cross over beautifully without ever getting to soppy or adult contemporary. The balance is a tricky one, but the group always manage to pull it off – and guide the whole presentation of work here with enough class and care to show that the whole thing's the result of genius planning, and not just some happy accident! Titles include "Something Special", "Miracles", "Fall In Love With Me", "Straight From The Heart", and "Spread Your Love".  © 1996-2022, Dusty Groove, Inc.
(Includes the printed inner sleeve.)

Give Me The Reason
Columbia, 1986. Very Good+
LP...$8.99
Luther Vandross at the top of his game – sitting right at the height of that crossover space in soul he virtually owned back in the mid 80s! The work here is certainly more commercial than Vandross albums of the past, but the soul is no less deep – thanks to Luther's amazing vocal ... LP, Vinyl record album