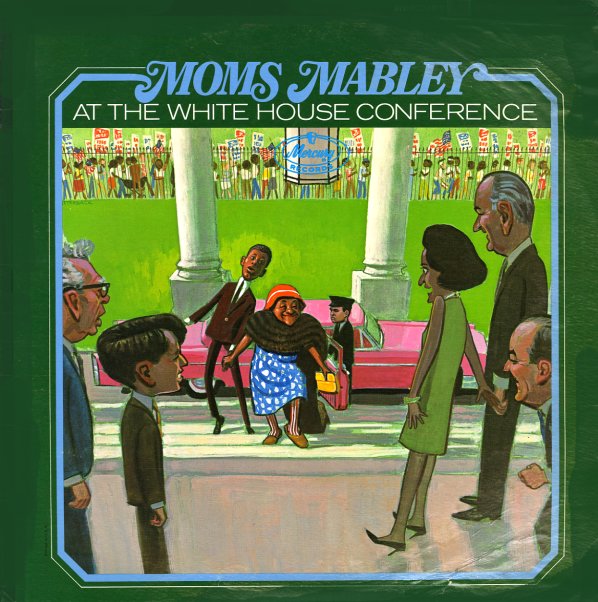 Moms takes her case to the White House – yakking it up with the usual hint at off-color comedy, and a knack for a soulful approach that actually helped her bridge more audiences than other African American comics of the time. Routines include "Me & LBJ", "The Beggar The Crash", "Introduction To Opera", and "Funnies".  © 1996-2022, Dusty Groove, Inc.
(Mono pressing.)